AMAC and GPhA hit back at Big Pharma over biosimilars

The Association of Mature American Citizens (AMAC) and the Generic Pharmaceutical Association (GPhA) have reacted strongly to the actions by Amgen and Genentech, which aim to make it more difficult for patients to get access to biosimilar medicines [1]. 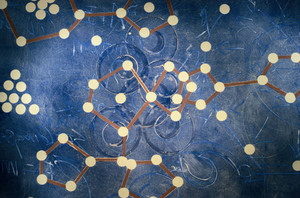 The AMAC, which represents American citizens aged 50 years and above, has urged its members to lobby their state and federal lawmakers in order ‘to counter efforts in state legislatures across the country and in Congress to constrain generic versions of important biological drugs’. They believe that if Big Pharma succeeds in its efforts many important treatments could be ‘out of the reach of many seniors, particularly those on fixed incomes’.

Meanwhile, Mr Ralph G Neas, President and CEO of GPhA has stated that the efforts by Amgen and Genentech are ‘designed to choke the flow of safe and affordable life-saving biologic[al] medicines to patients even before these products have been approved by FDA’. He adds that the ‘two biotech Goliaths’ are putting ‘profits ahead of the patients who need these treatments but many times cannot get them because of their prohibitively high cost’.

According to an analysis by IMS Health published on 2 August 2012, generic medicines saved the US healthcare system more than US$1 trillion over the past decade, with US$192 billion in savings achieved in 2011 alone. GPhA is therefore confident that the use of safe and effective biosimilars will achieve similar savings.