US generics company Alvogen announced on 24 April 2018 that it had successfully concluded multiple registration procedures for its lenalidomide generic capsules. 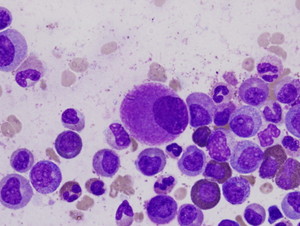 Lenalidomide is used to treat people with myeloma (a type of cancer that affects the plasma cells inside bone marrow) and myelodysplastic syndromes (MDS; a group of conditions that affect the bone marrow). The drug is also undergoing clinical trials as a treatment for Hodgkin's lymphoma, as well as non-Hodgkin's lymphoma, chronic lymphocytic leukaemia and solid tumour cancers such as carcinoma of the pancreas.

The originator product, Celgene Corporation’s (Celgene) flagship blood cancer drug Revlimid (lenalidomide), had global sales of US$8.2 billion in 2017 and made up the majority of Celgene’s total revenue of US$13 billion in 2017.

The patents on Revlimid’s ‘last-to-expire’ key patents, according to Celgene, are only due to expire in the US in 2027 and in Europe in 2024.

Alvogen received regulatory clearance for its product, which was developed by Alvogen affiliate Lotus pharmaceuticals, in several European countries. The company believes it is the first company to obtain approval for generic lenalidomide. Scientific approval has been obtained for generic lenalidomide in capsules of 2.5, 5, 7.5, 10, 15, 20 and 25 mg.

The European approval follows the submission of an abbreviated new drug application (ANDA) for Alvogen’s generic lenalidomide in the US and in several Asian countries. European sales of lenalidomide in 2017 were US$1,810 million, according to IMS Midas data.

Celgene settled patent litigation with Natco Pharma [1] back in 2015, allowing the Indian generics maker a ‘volume-limited licence’ to sell generic lenalidomide in the US starting in March 2022. More recently the company has been reported to be also nearing a settlement with Dr Reddy’s Laboratories regarding its cancer drug.