Market shares of generic medicines in Portugal did not exceed 1% in the second half of the 1990s [1]. 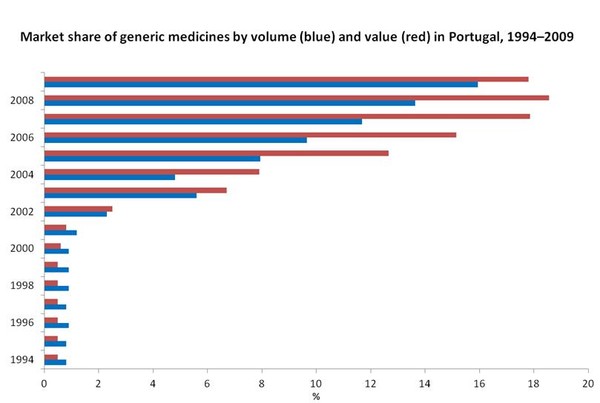 With the introduction of a generics promotion policy in 2000, Portugal has succeeded in increasing the generics market share from 0.5% to 16% (in volume) and 18% (in value) [2, 4]. However, the prices of generics remain high despite recent price cuts [4].

Information campaigns have been run by INFARMED in 2004, 2007 and 2009 to try and increase public awareness and trust in generic medicines [2].

Although prescribing by international non-proprietary name (INN) is compulsory for physicians in Portugal [5], they are free to add a brand name or a marketing authorisation holder name [1] and there are no other incentives for them to prescribe generic drugs.

Highlights of the generics market in Portugal