Concerning the pharmaceutical policies in Portugal, view the research article below: 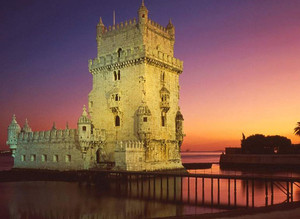 The development of the Portuguese generic medicines market has been restrained by the existence of a market for copies, which accounted for 25% of the market in 2004 [2, 3]. However, recently incentives have been introduced for products known as ‘copies’ to switch to generics by promoting tax exemption for alterations of the market authorisation and by granting a higher price (although lower than the original) while maintaining reimbursement [4].

In comparison with other Western European countries, Portugal is one of the countries spending the most on medicines. In 2008, 21.5% of the total healthcare budget was spent on medicines compared to only 9.8% in The Netherlands and 7.7% in the UK [5].

The Portuguese generics market is small by international standards. In 2009, only 16% of prescriptions in Portugal were dispensed as generics, accounting for 18% of the market value [1]. Unlike all other European countries Portugal’s generics market share is higher in value than in volume [7].

As of July 2009, there are around 5,200 generic medicines (158 active substances) currently included in the reference pricing system in Portugal [7].

Generic entry leads to a 35% decrease in the generics price in Portugal. Average prices for medicines losing exclusivity, however, appear to remain at this level two years after generics entry [9].

Generic medicine prices are high compared to many other European countries [7].

Patient co-payments seem to play a role in stimulating demand for generic medicines in Portugal [2]. Around 70% of Portuguese consumers consider generics as effective as the equivalent original products [7].

With regard to parallel trade, Portugal is a major exporter due to its low prices [3]. Therefore, parallel trade does not affect generics in Portugal [4].

Portugal has a high number of generics producers present in the market, making the generics segment of the pharmaceuticals market in Portugal appear rather fragmented [11].

16.  ABPI. Did you know? Facts and figures about the pharmaceutical industry in the UK [homepage on the Internet]. UK: ABPI [cited 2012 Feb 24]. Available from: www.abpi.org.uk/our-work/library/industry/Documents/Did%20you%20know_Jan11.pdf