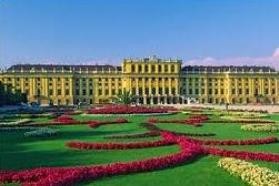 In comparison with other Western European countries, Austria is one of the countries spending rather a lot on health care as a whole, but relatively little on medicines. In 2008, Austria spent 10.5% of its gross domestic product on health care, but only 12.6% of the total healthcare budget was spent on medicines [3].

In 2008, Euros 3.03 billion was spent on medicines by Austria, representing 7.4% more than in 2007. Expenditure on prescription medicines over the last five years had been rising at a steady rate [3].

The Austrian generics market is small by international standards. In 2008, 30% of prescriptions in Austria were dispensed as generics, accounting for 19.5% of the market value [3].

There are approximately 3,341 generic medicines currently registered in Austria [5].

Parallel trade plays only a minor role in Austria as the overall manufacturer price level in Austria is rather low compared to other countries and there are no incentives for physicians, patients or pharmacists to use parallel imports [7].

11.  ABPI. Did you know? Facts and figures about the pharmaceutical industry in the UK. [page on the Internet]., UK, ABPI [cited 2012 Apr 13]. Available from: www.abpi.org.uk/our-work/library/industry/Documents/Did%20you%20know_Jan11.pdf