Recently published data show that switching to Samsung Bioepis adalimumab
biosimilar Imraldi is safe and effective, while data from Boehringer Ingelheim suggest their adalimumab biosimilar, Cyltezo, could be classed as interchangeable.

Adalimumab is a monoclonal antibody indicated for the treatment of a number of inflammatory conditions including rheumatoid arthritis, psoriasis and inflammatory bowel disease (IBD). It targets the inflammatory molecule tumour necrosis factor alpha (TNF- α), and is sold under the brand name Humira by the originator company, AbbVie. Several adalimumab biosimilars are under development [1].

Imraldi (SB5) is Samsung Bioepis adalimumab biosimilar, also known as Hadlima in the US [2]. Switching from originator adalimumab to Imraldi appears to be safe, according to new data presented at the Digestive Disease Week virtual conference, which was held on 21–23 May 2021.

The data, presented by a team from the University of Edinburgh, UK, was based on a cohort of patients with IBD who switched from Humira to Imraldi and those who began their treatment with Imraldi. The study was a multicentre retrospective cohort study and included a total of 481 patients.

The researchers studied both groups of patients over a year and found no significant differences in disease activity. The most reported adverse effect with Imraldi was injection site pain and patients with this side effect were switched to Amgen’s biosimilar, Amgevita. The researchers also studied drug persistence and immunogenicity and concluded that switching from Humira to Imraldi appears to be safe and effective. They also showed that significant cost savings were made as a result of the switching programme.

In related news, German pharmaceutical company Boehringer Ingelheim has released data on its adalimumab biosimilar, Cyltezo, suggesting that the biosimilar may be considered interchangeable with the reference drug.

The data were presented at the American Academy of Dermatology 2021 virtual conference which was held on 23–25 April 2021 and originated from a phase III randomized clinical trial of 238 people with moderate-to-severe chronic plaque psoriasis. Patients were randomized to receive continuous treatment with the reference product or to be switched multiple times between reference product and biosimilar. The results showed that switching several times from Humira to Cyltezo produced no statistically significant differences in pharmacokinetics, efficacy, immunogenicity, and safety.

Thomas Seck, Senior Vice President of Medicine and Regulatory Affairs at Boehringer Ingelheim, commented: ‘We are proud to present the results from Voltaire-X, a landmark study that supports Boehringer Ingelheim’s application for interchangeability between Cyltezo® and Humira®. This first-of-its-kind switching study further reinforces our goal to broaden access to biosimilar treatment options while contributing to the quality and sustainability of healthcare systems’.

Boehringer Ingelheim says the data support Cyltezo’s designation as an interchangeable to Humira, which means it is ‘expected to produce the same clinical result as the reference product in any given patient’ and ‘not present greater risks in terms of safety or diminished efficacy from alternating or switching’, according to the US Food and Drug Administration (FDA) [3]. An interchangeable biosimilar can be substituted for the reference product without involving the prescriber. However, no biosimilar has yet been designated as interchangeable by FDA, which has been considered a barrier to uptake.

Boehringer Ingelheim has submitted a supplemental Biologics License Application (sBLA) for Cyltezo to achieve designation as an interchangeable biosimilar to Humira. The action date is scheduled for the fourth quarter of 2021.

Cyltezo was approved in 2017 but is not yet commercially available in the US. It is expected to become available on the US market on 1 July 2023, the date agreed following a settlement with the originator company AbbVie.

AbbVie makes more deals delaying adalimumab biosimilars in the US 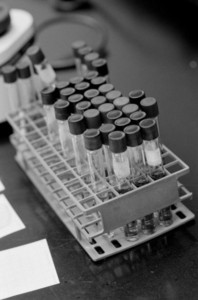