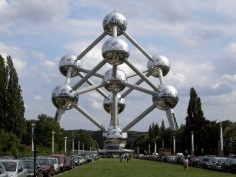 Prior to 2001 Belgium had a very small generics market. However, this was boosted in 2001 by the introduction of a generic medicines policy, including a reference pricing system (RPS) [1, 2].

The introduction of the RPS was also associated with savings amounting to 1.8% of pharmaceutical expenditure in 2001 and 2.1% in 2002 and was reported to stimulate the Belgian generic drug market [3].

The Belgian generics market is among the smallest in Europe by both volume and value. In 2008 only 8.8% of prescriptions (market volume) in Belgium were dispensed as generics [4], accounting for approximately 5% of the market value [1].

In comparison with other Western European countries, Belgium spends an average amount on medicines. In 2008 a total of 11.9% of the total healthcare budget was spent on medicines compared to only 9.8% in The Netherlands and 7.7% in the UK [5].

In 2005 the share of ‘cheaper pharmaceuticals’ (including generics and off-patent branded medicines with prices at or below the reference price) of all prescribed medicines was 31.7% (in defined daily doses [DDDs]), compared to 18.2% in 2004 [6]. DDDs are used by the WHO to define the average amount of drug used per day by the average patient.

When new generic drugs are introduced to the Belgian market, their market share tends to increase in the first few months, after which it levels off [3].

5. Nefarma, Feiten en cijfers [Dutch] [page on the Internet]. The Hague, The Netherlands, Nefarma [cited 2011 May 13]. Available from: www.nefarma.nl/feiten-en-cijfers

11. ABPI. Did you know? Facts and figures about the pharmaceutical industry in the UK. [page on the Internet]., UK, ABPI [cited 2011 May 13]. Available from: www.abpi.org.uk/our-work/library/industry/Documents/Did%20you%20know_Jan11.pdf