The lucrative biologicals market already boasts five of the world’s top 10 bestselling medicines [1], and by 2015, IMS Health expects spending on biosimilars to exceed US$2 billion annually, or about 1% of total global spending on biologicals [2]. Although major generics players are well placed to tap into this lucrative market, it is not an exclusive club, and R & D companies also have opportunities [3]. 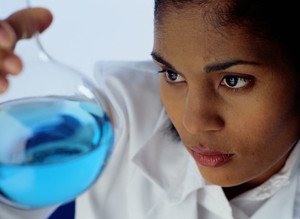 Europe has had guidelines in place for the approval of biosimilars since 2006 and has already approved 14 biosimilars, including biosimilar versions of human growth hormone, erythropoietin for anaemia treatment and granulocyte colony-stimulating factor against low white blood cell count levels [4]. The low number of approvals shows both the technical difficulties of producing such complex biological molecules and the high costs involved compared to small molecules.

The US on the other hand, although it now has a legal pathway—the Biologics Price Competition and Innovation Act of 2009, which was signed into force on 23 March 2010 by President Barack Obama, is yet to put practical guidance in place.

Until 12 May 2011, Sandoz, Novartis’s generics unit, is still the only manufacturer to have more than two biosimilars approved.

However, despite the difficulties there is much to gain and especially in the current climate of austerity measures, and with the threat of the patent cliff ever present, there are opportunities for Big Pharma as well as generics companies to diversify into biosimilars.

Companies that can combine biological expertise with the specific sales and marketing techniques required for biosimilars will be those most likely to succeed, see Figure 1. 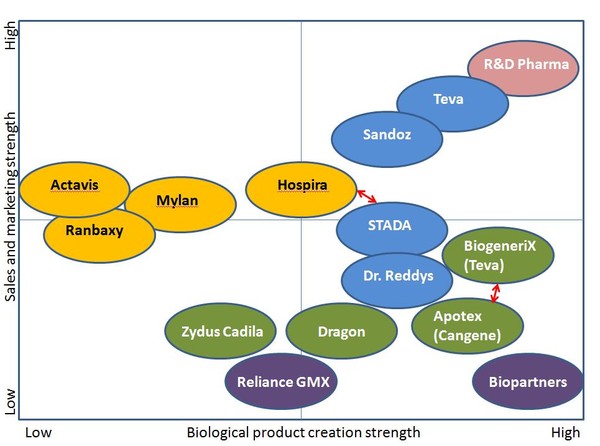 Sales and marketing approaches for biosimilars:

3. Sheppard A. Generics; opportunities for some, threats for others: strategy shifts and new business models as a consequence. 5th Annual Generics Asia Summit 2010; 2010 Oct 25–26; Singapore.