On 25 June 2010 Merck Sharp & Dohme-Chibret (MSD-Chibret) signed an agreement with subcontractor Fareva under an incentive set up by the strategic council of health industries (Csis) meeting, aimed at keeping pharmaceutical production in France. 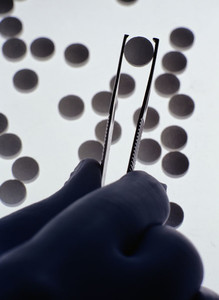 MSD-Chibret is the second pharma company to sign such an agreement, after Lilly, which signed a similar deal in May with Delpharm. The Lilly deal was for its antipsychotic Zyprexa (olanzapine) for which the patent will expire at the end of September 2011.

At a meeting on 26 October 2009, Csis decided to offer an incentive to encourage pharma companies with a drug whose patent will expire soon to sign an agreement with a subcontractor authorising it to manufacture its generic in France.

The subcontractor must undertake not to market the generic before the patent on the proprietary substance has run out. The proprietary pharma company will then receive tax credit from the French economic committee of health products (CEPS).

MSD-Chibret has signed an agreement with Fareva for the production of a generic version of its anti-asthmatic product Singulair (montelukast). The montelukast patents will expire in France early in 2013.

Singulair has a yearly turnover in France of more than Euros 100 million.

MSD-Chibret has not disclosed the amount of tax credit it will receive from the French CEPS as a result of the generic subcontracting agreement.

Fareva is also reported to be in ongoing discussions with several other pharma companies that could lead to similar agreements.