The global markets for generic drugs will continue to grow despite cost reduction measures from governments and healthcare payers in many markets. 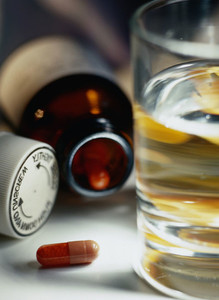 The World Generic Market Report, which was released on 8 March 2012, finds that despite pressure on prices in many markets, the generics sector continues to thrive with increased sales across the globe in 2011, see Figure 1. 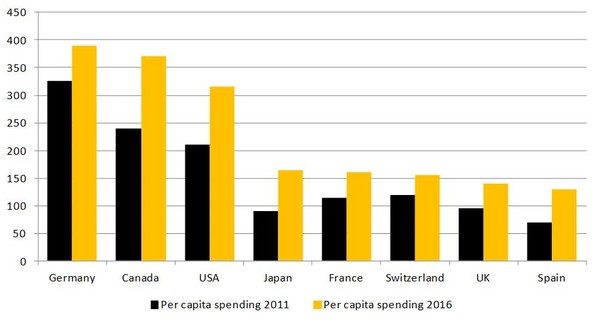 Growth in the use of generics in the US is predicted to be impressive, which the report estimates will rise to US$104 billion by 2016. The increase is mainly attributed to patent expiries on blockbuster drugs such as Lipitor (atorvastatin) and Zyprexa (olanzapine), increased pressure for generics use from Medicare (healthcare insurance) drug plans and the gradual emergence of the biosimilar market.

In other countries, government efforts to promote and expand the use of generics is also predicted to pay off, notably in France and Japan. The Swiss market is also performing strongly, although it is limited in size by the country’s small population. Not all will do so well though, mainly due to price cutting measures to reduce governmental budget deficits. This can be specifically seen in the EU economies, even Germany, where drug tendering is having a major effect on prices. To a lesser extent it is also the case in the UK, which has one of the most competitive generics markets in the world.

The maturity of the sector can also be seen in the size of the businesses: there are now 17 generics companies with revenues in excess of US$1 billion, five more than in 2008/09.

The generics market is experiencing two opposing trends driven by the global recession. On the one hand, the use of generics is increasing due to their cost-effectiveness and adoption has accelerated in markets where brand-name prescribing was dominant. On the other hand, the squeeze on government spending has not left generics untouched with many countries lowering generics prices through cuts in reimbursement rates or contract tendering with a resultant pressure on margins.