In recent years generics makers are becoming bolder and challenging more patents on originator drugs. In fact, litigation regarding patents on pharmaceuticals is on the rise, particularly when it comes to newer drugs. 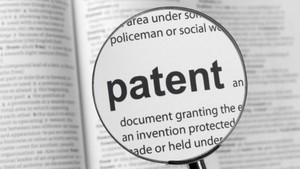 According to a report from legal analysis firm Lex Machina, patent challenges have been rising since 2009. The report finds that 2013 was a record year for abbreviated new drug application (ANDA) law suits and 2014 looks like it is following suit, see Figure 1. In 2013, a total of 5,793 patent cases were filed in the US, compared to a total of 3,564 patent cases filed between January and September 2014. 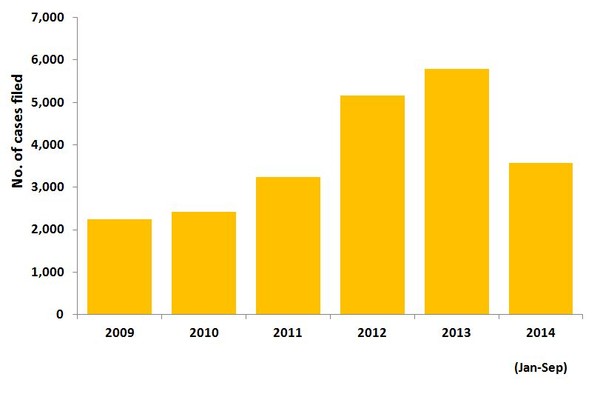 Purdue Pharma’s pain relief medication Oxycontin (oxycodone) has had the largest number of ANDA litigation cases. While testosterone and metformin hydrochloride were the leading ingredients when it came to patent enforcement.

The down side for originator manufacturers is that it also takes longer for a company to gain approval for their drug after their patent has been filed, rising from 3.9 years in 2009 to 4.9 years in 2014.

The report also found that originator companies were likely to face patent attacks on their products from generics much earlier than previously. Currently, the drug patents facing litigation are still fairly new – only five years old on average – compared to an average of 10 years in 2010.