Branded medicines dominate the Italian market and the generics market is poorly developed* [1]. Generic medicines have been in use in Italy for less than 10 years. 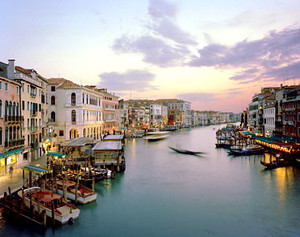 Italy employs a range of pricing and reimbursement tools to control costs. As a result, drug prices in Italy are among the lowest in Europe [2].

Italy is one of Europe’s largest pharmaceutical markets [3], however, the Italian generics market is small compared to other European countries, such as the UK and Germany. In 2010 only 11.7% of prescriptions in Italy were prescribed as generics, accounting for 5.8% of the market value [4].

In comparison with other Western European countries, Italy spends somewhat more on medicines. In 2008 a total of 13.6% of the total healthcare budget was spent on medicines compared to only 9.8% in The Netherlands and 7.7% in the UK [5].

On average, for every Italian citizen, the expense for drugs during 2008 was approximately Euros 410 with a period of treatment of 537 days [7], showing that there is room for savings at the patient level with generics substitution.

Italian law states that generic medicines must have a lower price, at the time of marketing, of at least 20% of the price of reference medication [8].

The existence of a market of copies (drugs of the same active substance marketed, with their own brand name, often by the originator itself) has posed a barrier to the development of the Italian generic medicines market [9]. Italy has also lacked strong pro-generics policies in the past and negative attitudes to generics among physicians have kept the generics share of the market low [1].

In addition, the unusual implementation of Italian patent law in the early 1990s has meant that many drugs off-patent in the rest of Europe are still protected in Italy. Generics manufacturers have had to contend with national patent supplementary certificates which can be applicable for up to 18 years [3].

Excessive price regulation, long national patent supplementary protection, a lack of incentive distribution margins, confusion between branded and unbranded generics, a perception of generics as second-class drugs and the empowerment of physicians to stop generics substitution are all factors that have traditionally constrained the unbranded generics sector [11].

The combination of high profile drugs losing patent protection and the need to reduce costs should help to increase the generics market share. In addition to the blockbusters that have lost patent protection in Italy in the last couple of years, a large number of medicines will lose their national supplementary certificates during 2010 [11].

Italy has a high number of generics producers present in the market, making the generics segment of the pharmaceuticals market in Italy appear rather fragmented [12]. Although in recent years the Italian generics market appears to be becoming consolidated by leading generics producers in the country [3].

Italy is a leading producer of active pharmaceutical ingredients (APIs) in Western Europe, holding 10.4% of the 2008 global market for innovative and generic drugs [13].

5.  Nefarma, Feiten en cijfers [Facts and figures] [page on the Internet]. The Hague, The Netherlands, Nefarma [cited 2012 May 11]. Dutch. Available from: www.nefarma.nl/feiten-en-cijfers

6.  Assogenerici. I farmaci generici in Italia [Generic drugs in Italy] [page on the Internet]. Italy, Assogenerica [cited 2012 May 11]. Italian. Available from: www.assogenerici.org/newsite/default.asp?modulo=mercato&page=1

11.  Espicom. Italy - Will the Italian generics market catch up with its European neighbours? 17 May 2010.

13.  ICIS. Italy’s API manufacturers are in it for the long haul, having weathered ups and downs for decades. 12 November 2009.

15.  ABPI. Did you know? Facts and figures about the pharmaceutical industry in the UK. [page on the Internet]., UK, ABPI [cited 2011 May 11]. Available from: www.abpi.org.uk/our-work/library/industry/Documents/Did%20you%20know_Jan11.pdf