Delegates at DIA’s 25th Anniversary of the EuroMeeting, held on 4–6 March 2013 in Amsterdam, The Netherlands, were offered the mouth watering prospect of more than 100 sessions across 17 themes, addressed by 300+ Speakers from EMA, European Commission, FDA and other national regulatory agencies. Most popular sessions included Implementation of the New Pharmacovigilance Legislation, the Regulatory Town Hall Meeting and the sell-out European Landscape on HTA - the EUnetHTA Joint Action. Eighteen pre-conference tutorials were led by an expert faculty and 120 students, young professional and patients all attended sessions created especially for them. 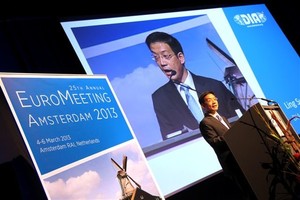 Addressing a full auditorium at the opening plenary session, Ms Jytte Lyngvig, Director of DIA Europe, compared the 2013 EuroMeeting with the first one held in Amsterdam 25 years ago.  ‘The EuroMeeting was created to support dialogue and share knowledge. In this day and age this is just as much on the top of the agenda as it was back in 1989 – communication technology or not. People need to meet to really take major steps forward. And major steps forward are necessary if we are to have a chance of making available much needed health products and treatments in an economic and demographic societal environment that is not too friendly. The EuroMeeting is the unique opportunity for all participants to get updates, exchange views, meet colleagues and make new friends from all scientific areas, in one place, in few intensive days,’ she said.

Dr Ling Su, President of DIA, updated EuroMeeting participants on DIA’s strategic framework called ‘Three Horizons’ – a road map to develop DIA’s strategic positioning into the future. Dr Ling revealed that Horizon One looks at DIA today and what can and should be developed in the next one to three years. He explained that the framework focuses on existing issues that can be developed and enhanced to ensure their value is optimised.  The idea being to leverage the value of current, successful DIA activities while eliminating non-value added initiatives – thus freeing up vital resources that were previously underutilised.

Horizon Two is slightly more forward thinking – identifying goals to be obtained within a three- to six-year timeframe and what processes need to be put in place to achieve these goals. In this horizon DIA takes note of its current structure, determine its long-term sustainability and modifies it to ensure DIA’s business model is built for growth.

Finally, Horizon Three – which is where DIA as a global organisation will pilot new channels to meet long-term goals – those channels are based on intelligence gathered through ongoing assessments. Dr Ling stressed that as DIA moves forward and as this strategic plan is implemented the organisation is well aware and highly sensitive to the fact that each region has its own needs and focuses, and that there is no one-size-fits-all. To that end, DIA is intent on strengthening DIA’s global imprint by ensuring each region is given additional and ongoing support to carry out its mission. In other words, while DIA is a worldwide organisation, it is also one that succeeds when its regions succeed. DIA has and will continue to truly think globally and act locally.

Patients
Forty patients and patient representatives attended their own Patient Networking Lunch, giving them the chance to get to know each other before their sessions started. The patient programme included patient-centric sessions, including ‘Public Private Partnership for BioMedical Research under Horizon 2020: Patients Perspective on Scientific Priorities’, ‘Perspectives and Collaboration between Patients and Students,’ and ‘EUPATI, The European Patients Academy on Therapeutic Innovation – An unprecedented public private partnership to empower patients to engage as real partners in the drug development process’. A dedicated Patient Booth in the exhibition area served as a meeting point. Its informal nature allowed patients to get in touch with each other and share information. Organisations brought flyers, pictures and posters to decorate the booth and share with other participants.

Patient representatives also took advantage of an excellent opportunity to connect with the EuroMeeting 2013 stakeholder group at the Connection Reception that included industry sponsors, regulators and DIA staff members. In addition, the Poster Area hosted posters elicited from patients before the meeting commenced. Finally, a Patient Feedback Lunch gave patients and Patient representatives the opportunity to give feedback to key DIA staff on their EuroMeeting experience.

EUPATI
The European Patients’ Academy on Therapeutic Innovation (EUPATI) held a well-attended afternoon session on the final day of the EuroMeeting. The session provided a progress report on its first year, outlined activities underway to achieve near term objectives and how stakeholders can be involved. 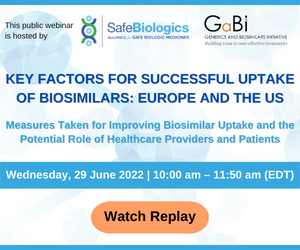 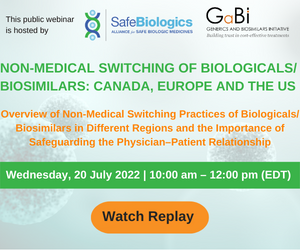 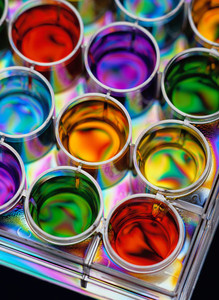