Biological drugs are large and complex, often consisting of heterogeneous mixtures. They are generally made in genetically engineered cells that impose their own variabilities–in post-translation modifications such as glycosylation–on the processes used to make such drugs. 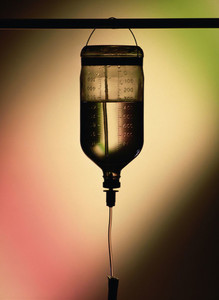 Manufacturing of biologicals is more challenging than for traditional small molecule drugs. Even minor changes in manufacturing process can cause significant changes in efficacy or immunogenicity.

A comparison of small-molecule and biological drugs makes it clear as to why there are so many challenges with the production of biosimilars of biologicals compared to the relatively easy task of making a generic of a small molecule drug.

As an example aspirin, which is considered a small molecule drug, measures just 180 daltons and has 21 atoms. It has little ability to initiate an immune response and remains relatively stable over time. In contrast, a typical monoclonal antibody biological drug measures 150,000 daltons, contains 20,000 atoms, degrades over time, and has the ability to generate a significant immune response. Thus, the production of a biological is an inherently unstable situation requiring special handling and storage, see Table 1.

It's truly decent and meanful. it's a truly cool web journal. Connecting is an exceptionally valuable thing. you have truly helped individuals who visit web journal and give them useful data. <a href=https://www.aids4mobility.co.uk/wheelchairs-accessories/self-propelled-wheelchairs.html>Self propelled wheelchair</a>

This is really likewise an incredibly beneficial placing most of us severely encountered shopping as a result of. It truly is faraway from each and every day we have now possibility to think about something. <a href="https://www.fatehpharma.com/">Pharmacy</a>