The European Medicines Agency’s (EMA’s) Committee for Medicinal Products for Human Use (CHMP) announced on 28 June 2013 that it had recommended granting of marketing authorization for the first monoclonal antibody biosimilar, marketed under two trade names, Remsima (Celltrion) and Inflectra (Hospira) with different marketing authorization, different EPAR, and different packaging. 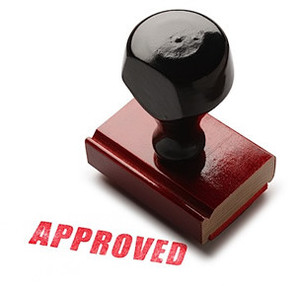 The monoclonal antibody has been shown to be similar to Johnson & Johnson’s rheumatoid arthritis blockbuster Remicade (infliximab). Remicade has been authorized in the European Union (EU) since 1999. Remsima and Inflectra are recommended for authorization in the same indications as Remicade, covering a range of autoimmune diseases, such as rheumatoid arthritis, Crohn’s disease, ulcerative colitis, ankylosing spondylitis, psoriatic arthritis and psoriasis.

Celltrion conducted global clinical trials involving 874 patients between March 2010 and November 2011 in 20 countries, across 115 sites. For the indications of ankylosing spondylitis and rheumatoid arthritis, phase I and III clinical trial results demonstrated the clinical comparability of Remsima to the originator reference product (Remicade) in terms of both efficacy and safety. The data from randomized, double-blind, multicentre, parallel-group, prospective studies comparing the pharmacokinetics, safety and efficacy of CT-P13 (Remsima) and Remicade was used to gain approval from EMA via its centralized regulatory pathway for biosimilars.

Remsima and Inflectra are both made by Celltrion. Hospira and Celltrion entered into a biosimilars agreement back in 2009, which covered eight monoclonal antibody biosimilars. Under the terms of the agreement, Hospira has the rights to market Inflectra in Europe, as well as in Australia, Canada, New Zealand and the US.

Mr Richard Davies, Senior Vice President and Chief Commercial Officer at Hospira, said that the recommendation ‘provides an opportunity to increase patient access to more affordable biologic[al] therapy while maintaining high quality standards’. This is especially important ‘in a time when there is mounting pressure on healthcare budgets worldwide’.

This is a landmark decision by EMA, proving that the biosimilar concept can be successfully applied to such complex molecules as monoclonal antibodies.