Coherus BioSciences and Daiichi Sankyo announced on 7 May 2012 that the two companies had made an exclusive agreement to develop and commercialise biosimilars of etanercept and rituximab in certain Asian countries including Japan. 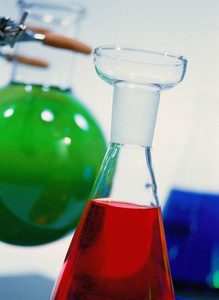 Mr Denny Lanfear, Chief Executive Officer of Coherus BioSciences, said that the collaboration was ‘a significant strategic event for Coherus BioSciences’, demonstrating that the company was well positioned to make ‘a major impact toward providing access to biosimilar therapies for patients on a global basis’.

Mr Joji Nakayama, President & CEO of Daiichi Sankyo, said that ‘by creating an opportunity for an early entry into the biosimilars market, this agreement will strengthen our internal platform for manufacturing and developing biopharmaceuticals, leading directly to the introduction of other biosimilars therapies in the future.’

The move underpins Daiichi Sankyo’s further diversification away from proprietary medicines. The company has already made major moves into generics, with the purchase of Indian generics company Ranbaxy for US$5.4 billion in 2010 [1].