On 11 September 2013, South Korean biotechnology company Celltrion announced that it had filed for approval of Remsima, its biosimilar infliximab monoclonal antibody, with Japan’s Ministry of Health, Labour and Welfare (MHLW). 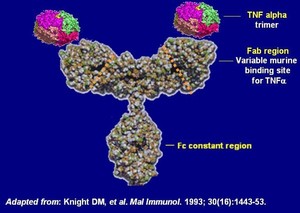 The approval will be based on a clinical trial, which Celltrion conducted in Japan with its partner company, Nippon Kayaku, and which was completed in July 2013.

Remsima is a biosimilar of Johnson & Johnson’s rheumatoid arthritis blockbuster Remicade (infliximab). Remicade is the most successful tumour necrosis factor (TNF) inhibitor treatment in terms of market share in Japan, with sales of the drug in 2012 of Yen 90 billion. Japan is the second largest market for Remicade following the US.

According to an official from Nippon Kayaku ‘the Japanese approval for Remsima will be good news, not only for patients in Japan who previously had limited access to advanced therapeutics, but also for their families and their healthcare providers.’

Celltrion expects sales of Remsima in Europe to begin as early as September 2013, with the Japanese launch expected to fall in 2014, as the Japanese approval procedure usually takes around a year.