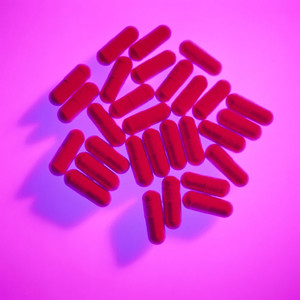 Shares climbed in Mumbai trading after Chairman and Managing Director of Biocon Dr Kiran Mazumdar-Shaw confirmed that Biocon has begun manufacturing ingredients for Pfizer’s blockbuster cholesterol medicine, Lipitor (atorvastatin). The company expects its Malaysia plant to be fully operational by early 2014. At that point, Biocon will use it to manufacture biosimilar insulin for Pfizer, under a deal struck in October 2010 [1]. Biocon is also collaborating with Mylan on biosimilars. If things go well, capacity for other biopharmaceuticals may be added later. The company is investing US$160 million (Euros 120 million) in the facility.

Meteoric rise
Founded in 1978, Biocon is still steered by the person who set it up. Dr Kiran Mazumdar-Shaw, Chairman and CEO, saw revenue rise to US$627.52 million (Euros 470 million) in 2010–2011. Located in Bangalore, India, Biocon has two subsidiaries: Syngene, a custom research organisation; and Clinigene, a clinical research organisation. It plans to introduce two new divisions, comprehensive care and immunotherapy, this year.

In its manufacturing arm, the company produces generic active pharmaceutical ingredients (APIs) that are sold in Europe and the US. In recent years, Biocon has become established as a supplier of atorvastatin and simvastatin APIs to generic drug companies.

Biocon’s cardiology, nephrology, diabetes and oncology products are competitively priced leading brands. It also manufactures biosimilar insulins, which are sold in India as brand-name formulations and in both bulk and formulation forms. Two of its novel programmes on the verge of proof-of-concept stage are IN-105, which is the only oral insulin in the world to be in long duration clinical trials, and the T1h, a novel humanised monoclonal antibody (mAb), the only first-in-class novel mAb being tested in India for rheumatoid arthritis and psoriasis. Three new cancer drugs–Atsure (gemcitabine), Xtide (oxaliplatin), and Adnexa (epirubicin)–will be launched soon in India.

Recent acquisitions make Biocon India’s biggest biotechnology company. Between 2005 and 2010, Biocon entered into more than 2,200 high-value R & D licensing and other deals within the pharmaceuticals and bio-pharmaceutical industry. It has also expanded its global footprint to emerging and developed markets through acquisitions, partnerships and licensing.

Keeping the heat turned up
At a press conference to announce the new ventures in Malaysia, Dr Mazumdar-Shaw outlined new steps aimed at keeping the biotech’s growth rate roaring along at breakneck speed. She told reporters that the company will list its research services arm, with plans to use the money to fund expansion of its R & D services work.

‘Syngene [the research services division] has the potential to grow at least 20% per annum and we’re keen to make sure that growth is sustainable,’ Dr Mazumdar-Shaw said in an interview with Bloomberg. She added that the company’s contract research arm is growing at a 21% annual rate.

With a reputation for being outspoken, she criticised India’s regulators for unnecessarily slowing down R & D work. ‘The way the trial approvals are given, it does not mirror what is happening in other parts of the world,’ she said, according to a report in the Hindustan Times. ‘For every protocol change, we need to seek new approval. So as a result a trial which requires x amount and time is going up by three to four times. Many companies feel that it is not optimal to do these studies in India because time is money.’