Omalizumab is a recombinant DNA-derived humanized IgG1k monoclonal antibody that specifically binds to free human immunoglobulin E (IgE) in the blood and interstitial fluid and to membrane-bound form of IgE (mIgE) on the surface of mIgE-expressing B lymphocytes [1]. Unlike an ordinary anti-IgE antibody, it does not bind to IgE that is already bound by the high affinity IgE receptor (FcεRI) on the surface of mast cells, basophils, and antigen-presenting dendritic cells. The originator product Novartis’s Xolair (omalizumab) is indicated for the treatment of moderate to severe persistent asthma and chronic idiopathic urticaria despite antihistamine treatment. 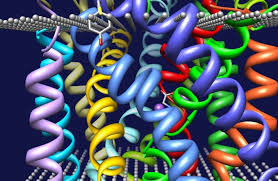 The originator product, Novartis’ Xolair (omalizumab), was approved by the US Food and Drug Administration (FDA) on 20 June 2003 and by the European Medicines Agency (EMA) on 25 October 2005 [1]. Xolair had worldwide sales of US$835 million in 2016.

The patents on Xolair will expire in the US on 20 June 2017 and in Europe in August 2017 [1]. Some of the omalizumab biosimilars and non-originator biologicals* approved or in development are presented in Table 1.

Table 1: Biosimilars and non-originator biologicals* of omalizumab approved or in development

US-based biopharmaceutical company Sorrento Therapeutics (Sorrento) announced on 16 May 2016 that its partner, MabTech had successfully completed a combined phase II and III clinical trial in China for STI-004, a copy biological for omalizumab (Xolair) [2].

Editor’s comment
It should be noted that ‘copy biologicals’ approved in China might not have been authorized following as strict a regulatory process as is required for approval of biosimilars in the European Union. The EMA (European Medicines Agency) regulatory requirements ensure the same high standards of quality, safety and efficacy for biosimilars as for originator biologicals, and also include a rigorous comparability exercise with the reference product.