Drug shortages in Ireland have increased during the last 12 months, according to a recent survey of pharmacists in the country. 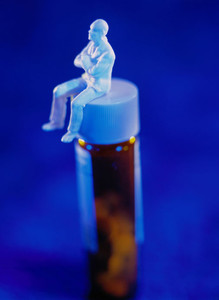 The survey, carried out by the Irish Pharmacy Union (IPU), which represents community pharmacists in Ireland, showed that shortages of prescription medicines are widespread in Ireland.

The IPU concluded that there has been a significant increase in drug shortages in Ireland over the past 12 months and warned that the shortages pose a risk to the health of patients. The Union is calling on the Irish Department of Health to take action to ensure that patients receive the medicines they need.

The IPU has also warned that the introduction of reference pricing as part of the Health (Pricing and Supply of Medical Goods) Bill 2012 will only exacerbate the situation, particularly if the reference price is set too low. The Irish Pharmaceutical Healthcare Association (IPHA), which represents brand-name drugmakers, has pointed out, however, that the key provisions of the state/IPHA supply agreement, which was renewed in October 2012, are designed to ensure continuity of supply of medicines as far as is possible. They also add that most drug shortages arise as a result of manufacturing issues or as a result of parallel trading.