What is the possibility of international harmonization for biosimilars? EMA Head of Biologicals Dr Peter Richardson and Amgen Director of Value, Access and Policy Mr Thomas Moore speak to BioCentury about this issue, as well as why the US is still lagging behind Europe in the biosimilars race. 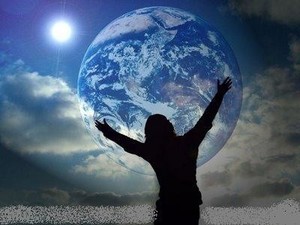 Dr Richardson outlines the philosophy of EMA as being to reduce the clinical and non-clinical requirements for approval of biosimilars in Europe, without compromising quality and safety. However, the licensing requirements for biosimilars have demanded that in order to gain approval in the EU, the reference product for a biosimilar application had to be licensed in the EU. This has therefore forced companies to carry out clinical studies in Europe.

EMA has been working closely with FDA in order to evolve a more open practice of where the clinical trial is carried out and whether it could be possible for the trial to be in the US or Europe and that the data would still be sufficient for a biosimilar application in the EU. In fact, one proposal in EMA’s new draft overarching biosimilars guideline is that EMA will accept the use of a non-EEA authorized comparator or reference product [1]. EMA has also been working with the World Health Organization on global harmonization.

Global trials for biosimilars are an important issue for Amgen. As pointed out by Mr Moore, if done right they would help streamline operating expenses, thus reducing costs, which would hopefully be passed on to payers and patients. He also pointed out that it would be critical that any confidential data that the regulatory authority might have access to for approval of a biosimilar would not be shared with other applicants.

In the EU, a legal framework for approving biosimilars was established in 2003, followed by guidelines and the approval of the first biosimilar Omnitrope (somatropin) in 2006. In the US, it has been three years since a legislative pathway was put in place for biosimilars and FDA is yet to receive its first application. One reason for this was suggested to be that patents on the originator biologicals expired earlier in Europe compared to the US. Mr Moore also added that there is a high degree of interest in biosimilars in the US and with expiring patents in the US, companies are still deciding which pathway is the best to use.