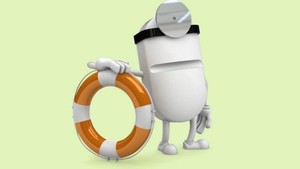 Despite the fact that some companies have been suffering setbacks in the development of biosimilar monoclonal antibodies, Dr Richardson confirmed that more than 20 companies had approached EMA during 2011 seeking advice on biosimilar development. The agency also has two infliximab biosimilars currently under review [1] and expects a decision to be made on these products in the coming months.

Dr Richardson does admit, however, that monoclonal antibodies can be more complex than other biosimilars already approved and that the agency is considering the quality characteristics of candidate monoclonal antibody biosimilars before deciding what clinical data is required to provide a robust comparison.

Amgen is pursuing several biosimilar monoclonal antibodies primarily in the areas of autoimmune diseases (adalimumab, infliximab) and cancer (bevacizumab, cetuximab, rituximab, trastuzumab). The biotech giant already has several originator monoclonal antibodies on the market, giving the company the ‘know-how’ to make these products.

Mr Moore points out that patient safety is the most important consideration when considering both biologicals and biosimilars. Biotech products are inherently complex and the variability in these products could pose risks that no one could foresee.

In Europe, the pharmacovigilance legislation has been upgraded to increase the scrutiny and robustness of the pharmacovigilance system. The European Directive 2010/84/EU, which came into force in July 2012, requires that, with regard to the reporting of adverse events, biologicals must be identified by the trade name and batch number and not by international nonproprietary name (INN). This is to ensure that it is possible to identify the individual product involved in any safety issue and not just the substance.

Amgen’s position is that biologicals, including biosimilars, should be identifiable by distinguishable names. They argue that when a product is prescribed by INN it is difficult to know which medicine was given. Advocates for a common (INN) name for biosimilars, on the other hand, are concerned about possible overdosing or mis-dosing when different names are used, as a patient could inadvertently be prescribed two versions of the same biosimilar [2].