US state legislation on biosimilars substitution

Despite the fact that the US Food and Drug Administration (FDA) has yet to receive a biosimilars application, many US states have been considering legislation on biosimilars substitution [1]. 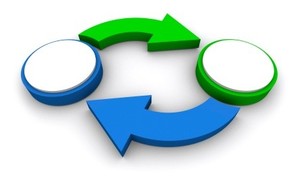 Unlike in Europe, where the European Medicines Agency (EMA) does not have the authority to designate a biosimilar as interchangeable; the FDA, under the Biologics Price Competition and Innovation Act (BPCI Act) of 2009, has this authority.

Due to the fact that automatic substitution may take place, many US states are considering, or have introduced, laws related to the substitution of biosimilars at the retail pharmacy level. Although such state laws also exist for certain generic drugs, e.g. anti-epileptics, the requirements being proposed for biosimilars appear to be more stringent.

Florida and North Dakota have passed legislation requiring notification and record keeping for biosimilars. Oregon, Utah and Virginia have also passed such a law, but with a sunset clause on the physician notification provision, which is likely to expire before any biosimilars are approved in the US.  And such legislation has not been enacted in 10 US states.

The latest battleground is California, where the California State Assembly voted overwhelmingly in favour of biosimilars legislation known as SB 598 [2]. What happens in California is seen as important for the US, as California is one of the country’s biggest states.

Most of the proposed bills require the retail pharmacist to notify the prescribing physician of a biosimilar substitution, with notification periods varying from within 24 hours in Indiana to within 10 days in Florida. Record keeping is also a part of most of the proposed bills, with the length of time that records of biosimilars substitution have to be kept varying from two to 10 years. The legislation being proposed in California forbids a pharmacist from substituting a biosimilar for a brand-name biological if a physician ticks a ‘do not substitute’ box.

Biotech giants Amgen and Genentech are advocates of the proposed bills, saying that they ‘enhance safety monitoring and transparency for substituted biologicals and are therefore in the interest of patient safety’. The Generic Pharmaceutical Association (GPhA) on the other hand believes that any laws concerning biosimilar substitution are ‘premature and unnecessary at this time’.

Related articles
Biosimilars bills move on in two US states

Amgen’s response to biosimilar substitution legislation in US