The European Parliament has voted in favour of a trade pact between Israel and the European Union (EU) that will allow easier access to medicines from both markets. The EU is also seeking to reduce barriers to other Mediterranean neighbours and Canada. 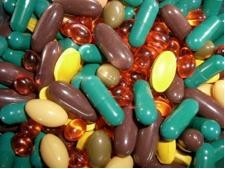 The vote to approve the Agreement on Conformity Assessment and Acceptance of Industrial Products (ACAA) will open up the Israeli market to EU-certified pharmaceuticals, and vice versa, removing barriers to trade, cutting manufacturers’ costs and allowing them to get their products to market more speedily. Each side will accept the marketing authorization granted in the other and will not request a duplicate submission.

This should reduce costs to both the originator and generics drugs industry and save time getting medicines to market, thereby providing (tax) payers with access to drugs more quickly. The ACAA, which is a protocol to the 1995 EU-Israel Association Agreement, will apply to all pharmaceuticals except advanced therapy products, special medicinal products based on tissues and cells of human origin, and medicines that include blood products. The agreement also comes as good news for Teva, the world’s largest manufacturer of generics, which is based in Israel.

Controversy quietened
Political considerations have been holding this agreement up for over two years. In the end, a majority was convinced that the deal would not include products originating in the Israeli settlements. The EU does not recognise Israel’s sovereignty over the occupied territories.

EU Trade Commissioner Karel De Gucht assured parliament that the purpose of the deal was purely technical, to eliminate the need for conformity assessment procedures, to reduce costs and time for pharmaceutical manufacturers. ‘No products originating from Israeli territories after 1967 will be included in the terms of the deal’, the Commissioner emphasised.

The EU concluded a trade liberalization deal with the Palestinian authority last year. It has already agreed mutual recognition agreements in this area with Australia, Japan, New Zealand and Switzerland, and is seeking to negotiate such arrangements with the majority of Mediterranean nations, including Algeria, Egypt, Jordan, Lebanon, Morocco and Tunisia.

Canada wary of extending patent protection
A similar deal with Canada is being sought under the Canada–European Comprehensive Economic and Trade Agreement (CETA). However, at present Canada grants shorter patent protection time (approximately 8 instead of 10 years). The EU wants Canada to adopt stronger patent protection by way of harmonization. While this might persuade Big Pharma to spend more of its research dollars in Canada, there is popular opposition to the patent extension. A recent study says the change could cost Canadians up to CAD$2 billion (Euros 1.5 billion) in higher drug costs a year by adding an average of 2.6 years of protection before generics would be allowed, the Winnipeg Free Press reports.

Canada takes another step towards generics