Obama refuses to put US healthcare reform on the shelf

As reported by Scrip, US President Mr Barack Obama made clear that he is continuing to push for sweeping changes in the US healthcare system that would extend coverage of tens of millions of Americans who are now uninsured, as he pointed out in his eagerly awaited US State of the Union speech to a joint session of Congress the night of 27 January 2010. 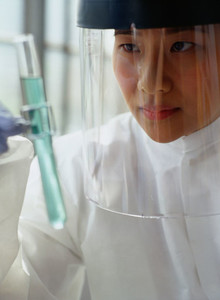 Mr Obama said that, "If anyone from either party has a better approach that will bring down premiums, bring down the deficit, cover the uninsured, strengthen Medicare for seniors, and stop insurance company abuses, let me know." But he insisted that with so many in the country facing problems getting and paying for health care, "I will not walk away from these Americans, and neither should the people in this chamber." It was a clear challenge to the Republicans, a rejection of the expectation voiced hours before the speech by Senator Mr Mitch McConnell, minority leader in the upper house, that Mr Obama would in his address "put healthcare reform on the shelf."

In a statement reacting to the State of the Union speech, Mr Billy Tauzin, CEO of Pharmaceutical Research & Manufacturers of America (PhRMA), also endorsed the need for healthcare reform without committing the industry to any particular compromise. "We continue to believe that all Americans should have access to high-quality, affordable healthcare coverage and services," he said. "We remain committed to do our part to help expand access to the tens of millions of Americans who are uninsured today and who are all too often forced to make difficult choices when faced with a serious illness or medical emergency."

Before the speech, Democrats Representative Mr Steny Hoyer, suggested that the tough decisions on how to meld the bills passed by each house will come in early February 2010. "By next week we need to come to focus on ways we need to move forward," he said. He added that one option is still to have the House accept the Senate version of the legislation, even though just six days earlier Ms Nancy Pelosi, who as Speaker of the House is the top Democratic leader in the chamber, said of that approach: "I don't see the votes for it at this time. Our members have been very clear."

Mr Hoyer suggested that a middle ground might be for the House to accept the Senate bill with the understanding that after it is signed by President Mr Obama the lawmakers would send him a second piece of legislation that includes amendments that would restore some of the House provisions. Another option is to try to woo some Republican votes by including some provisions now not in either measure, such as helping small businesses acquire more leverage over health insurers by allowing them to form buying pools that could make a single purchase covering many firms.

Mr Hoyer also suggested that another approach is on the table: scrapping the complex bills that have already passed for a simpler, scaled-back measure that might be able to garner a few Republican votes in the Senate. In that case, while Big Pharma would still be likely to pick up a huge number of new customers who cannot afford to get prescriptions filled or even visit a doctor to get a prescription, the fate of other provisions of interest – such as providing a pathway of generic versions of biologics to come to the US market or limiting the ability of makers of branded drugs to strike deals that keep generics off the market even when the patent has run out – would be unclear.

Daniel B Moskowitz. Barack Obama refuses to put health reform on the shelf in State of the Union address. Scrip News. 2010 January 28.