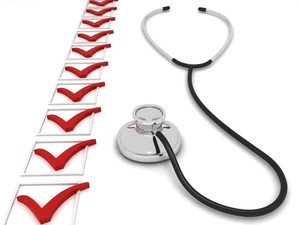 In 2017, the drug pipeline continued to produce ground-breaking biologicals and other high-cost drugs. Another growth area was biosimilars. To date, Canada has approved six biosimilars for use in the country [1].

However, GSC says that, despite the fact that biosimilars represent a lower-cost alternative for patients, uptake of biosimilars in Canada is still slow.

The group believes that although there is strong evidence surrounding the comparable safety and efficacy of biosimilars to their originator biologicals, lack of awareness and understanding of this evidence may be one reason for the lack of uptake of biosimilars. This, they say, ‘may be the case because most of the evidence is coming out of Europe’, which is much further ahead of North America in terms of adoption.

One example of such strong evidence is the Norwegian NOR-SWITCH study, which found that there was ‘no difference in disease worsening between patients that transitioned to the biosimilar compared to those that continued treatment with the originator biological’ [2, 3]. While a study published by researchers from Denmark also found that switching from originator to biosimilar infliximab had ‘no negative impact on disease activity’ [4].

GSC says that because of its ‘fixation on scientific evidence’ it is ‘in the know’ and therefore was ‘the first major benefits carrier to preferentially list biosimilars’. However, now, it says, some provincial health plans are following suit, as they recognize that the evidence is showing the efficacy and safety of biosimilars, but at a lower cost.

Looking to 2018, the group expects further biosimilar approvals in Canada. In addition, more evidence is being produced regarding the safety and efficacy of transitioning. For example, in the case of patients with rheumatoid arthritis, a study showed no risk associated with transitioning patients from the originator biological etanercept (Enbrel) to the biosimilar (Brenzys) [5].

GSC says that as the evidence mounts and warrants a change in policy they will be ‘on it’.