An investigation by The Times has exposed a small group of UK-based entrepreneurs to have profited vast amounts of money from hiking up the costs of 32 medicines for common conditions by GBP 262 million a year, a 12,500% increase. 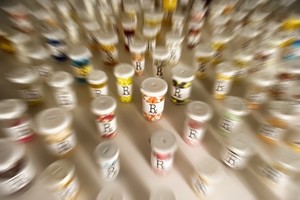 The millionaire businessmen are taking advantage of a loophole that enables them to levy ‘extortionate’ price increases on drugs if an existing brand-named drug is replaced with a generic version instead.

The Times investigation found that four companies have been buying up rights to off-patent drugs no longer considered to be profitable by the bigger pharmaceutical companies. They have purchased the marketing rights, dropped the well-known brand name, and used the new drug name to bypass National Health Service (NHS) pricing controls.

The companies at the centre of the allegation were named by The Times as Atnah, Amdipharm (linked to Asian businessmen Bhikhu and Vijay Patel), Mercury Pharma and Auden McKenzie. Amdipharm and Mercury Pharma were taken over and merged by a European private equity firm in 2012, but sold it at a huge profit following further price rises.

A Department of Health spokesmen said that ‘No pharmaceutical company should be exploiting the NHS. The Competition and Markets Authority is already investigating a potential abuse of generics pricing, and as part of a public consultation we have asked for views on government powers to limit the prices of generic medicines where there is no competitive market’.