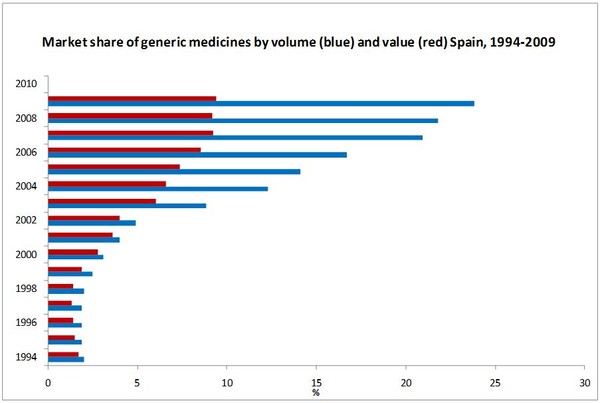 The legacy of counterfeit products, along with reference pricing, which erodes price differentials between off-patent brands and their generic versions, as well as the few incentives for physicians to prescribe generics or for pharmacists to dispense cheaper alternatives, undermine the market. Because of these factors, generics consumption in Spain remains among the lowest in the EU, although the Spanish market is characterised by high use of biologicals and a rapid uptake of new products [4].

Physicians are not obliged or stimulated to prescribe by international non-proprietary name (INN) [1].

Highlights of the generics market in Spain