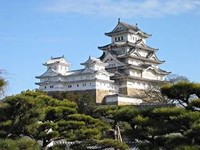 Japan is the world’s second largest pharmaceutical market, after the US, with annual sales of approximately Japanese Yen 8.85 trillion (Euros ~74 billion) [1]. Japan’s generic drug market is expected to have the highest rate of growth, at 12.2%, among all the major markets. Sales are expected to increase from US$5.4 billion in 2009 to US$9.6 billion by 2014 [2].

Annual healthcare expenditure in Japan amounts to around 8% of the country’s gross domestic product [3].

Japan has one of the lowest generics utilisation rates of developed markets. In 2009, around 8% of prescription drug sales (20% by volume) in Japan were generics. A combination of major drug patent expiries, a rapidly ageing demographic, and wide-ranging government initiatives to reduce healthcare spending are making the generic drug sector in Japan increasingly attractive. The Japanese government is promoting the use of generics with the objective to reach more than 30% of the total pharmaceutical market by volume by 2012 [4].

Japanese patients generally do not like to question a physician’s treatment regime, and Japanese physicians do not have a financial incentive to prescribe and dispense generics. Furthermore, physicians tend to distrust their quality [5]. The Ministry of Health, Labour and Welfare (MHLW) believes that the reason for distrust in generics stems from concern among physicians about the ability of generic drugmakers to ensure stable supplies and provide detailed safety information [4]. A health ministry survey found that the biggest factor behind the lack of generic usage among physicians was a lack of confidence in generics manufacturers. Meanwhile, wholesalers, who receive a rebate based on the drug’s price, need strong incentives to sell generics, which are about 30% cheaper than brand-name drugs [6].

The MHLW sets the target of achieving at least a 30% generic market share in Japan by 2012 [4]. Impending patent expiries and government initiatives, along with generics manufacturing partnerships, may all have a role to play in increasing the use of generics in Japan [7]. The generics market was valued at US$7.3 billion in 2009 and is expected to be worth US$10 billion by the end of 2013 [8].

Japan has not been an easy place for drugmakers to do business. Every other year, the government has introduced price cuts to keep its medical costs in check. These price cuts have worked against the spread of generics since there is little difference in price between originator and generic drugs. In an effort to redress this and make generic drugs more attractive, in April 2010 the government opted to leave prices unchanged for some drugs still protected by patents, while cutting prices for generics [7].