Japan is currently the world’s second largest pharmaceutical market, surpassed only by the US. The Japanese prescription drug market was valued at US$96 billion in 2010, however, only around 23% of its prescription drug sales (by volume) are generics [1]. 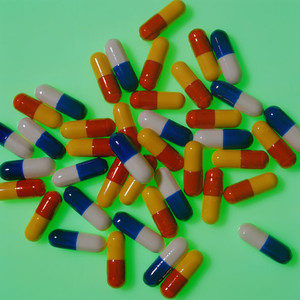 To try to combat the increasing medicines bill, which is mainly due to the increasing ageing population, the Japanese government wants generics to reach more than 30% of the total pharmaceutical market by volume by 2012. Impending patent expiries and government initiatives, along with generics manufacturing partnerships may all have a role to play in increasing the use of generics in Japan [1]. The generics market was valued at US$7.3 billion in 2009 and is expected to be worth US$10 billion by the end of 2013 [2].

Japan has not been an easy place for drugmakers to do business. Every other year, the government has introduced price cuts to keep its medical costs in check. These price cuts have worked against the spread of generics since there is little difference in price between originator and generic drugs. In an effort to redress this, and make generic drugs more attractive, the government, in April 2010, opted to leave prices unchanged for some drugs still protected by patents, while cutting prices for generics.

Hospitals are also shifting towards a flat-fee system, known as Diagnosis Procedure Combination (DPC). The new DPC attempts to do away with the system in which doctors and hospitals are reimbursed for every procedure they perform and drug they dispense.

To educate patients, the health ministry has printed posters and pamphlets, hosted public seminars and posted videos online explaining the benefits of generics. Japan’s national health insurance agency has also issued cards with ‘generic drugs, please’ on them so patients can ask for generics without having to challenge the authority of doctors.

However, there is still a lack of awareness about generics in Japan that the government needs to address if it hopes to meet its 30% target by 2012. Doctors are hesitant to use generics because they are only familiar with brand-name products. A health ministry survey found that the biggest factor behind the lack of generics usage among doctors was a lack of confidence in generics manufacturers. Meanwhile, wholesalers, who receive a rebate based on the drug’s price, need strong incentives to sell generics, which are about 30% cheaper than brand-name drugs.

Therefore, while the Japanese government is definitely on the right track, it seems there is still much to do and many believe that it will not reach its generics usage target.