India’s population is growing rapidly—as is its economy—creating a large middle class with the resources to afford western medicines. This fact has seen a spate of western companies stepping forward to make agreements with Indian generics manufacturers in order to get a foothold in this developing market. 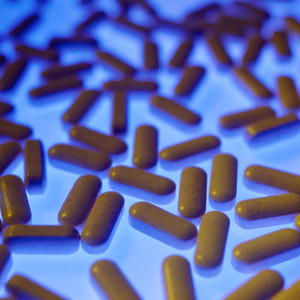 The Indian pharmaceuticals industry ranks fourteenth in the global league table, with sales of almost US$19 billion in March 2009, according to PricewaterhouseCoopers, who also predict that this will rise to approximately US$50 billion by 2020.

The industry is also moving towards the adoption and development of generic drugs, which will help the domestic Indian market to grow at a rate of around 15% during 2012–2014, according to a report from a market research and analysis company RNCOS. This growth is fuelled by the fact that many people in India simply cannot afford patented drugs. As a result of this fact, both the government and industry are focusing on introducing cheaper generic alternatives.

Most of the local pharmaceuticals manufacturers in India are generics producers. This is mainly due to the fact that since 1972, local producers were allowed to manufacture drugs that were still under patent, as long as they used different processes. However, since 2005, in order to comply with the Agreement on Trade-Related Aspects of Intellectual Property Rights (TRIPS) [1], marketing of generic version of drugs patented since 1995 and still under patent has not been permitted.

Despite the restrictions introduced by TRIPS, India now produces more than 20% of the world’s generics and accounts for 35% of all generic applications to the FDA. With an expected US$70 billion worth of drugs going off patent in the US during 2011–2013, India is well positioned to take a substantial share of the resulting new generics markets.

Since the growth of the pharmaceutical industry in India is increasingly dependent on the sale of generic drugs, many major foreign companies looking to grab a piece of the Indian market are seeking to make deals with generics manufacturers.

These are not the only deals being made with Big Pharma. Due to the expertise of Indian generics manufacturers and the potential of the global generics market, India’s generics makers are also entering into strategic alliances with global pharmaceutical companies to strengthen their generic portfolios and jointly market these drugs globally. One example of such an alliance is Pfizer’s deals with Aurobindo Pharma and Claris Lifesciences, and Claris to market their drugs in offshore markets. Similarly, GlaxoSmithKline has acquired exclusive rights for Dr Reddy’s pipeline of over 100 generics for sale in emerging markets.

These are certainly not the last of such deals. Indian generics manufacturers seem like ‘hot property’, whether for domestic production or global marketing.

Branded generics and generics branding for Merck and sanofi-aventis