What is ‘tentative approval’ and how does it affect generics?

Tentative approval by the FDA enables generics access to poor nations under a US initiative, which allows sale of generics to treat conditions where there is a significant public health impact, even though the originator drugs are still under patent protection. 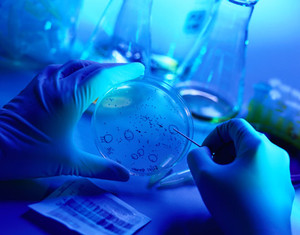 Because of their low price, generic drugs are often the only medicines that the poorest can access. The WHO argues that competition between drug companies and generic producers has been more effective than negotiations with drug companies in reducing the cost of drugs, in particular those used to treat HIV/AIDS.

With more than two million people dying from HIV/AIDS in 2008 and 2.7 million being newly infected, the disease certainly comes under the category of having a significant public health impact. Many HIV medications, however, are still protected by patents and will be for some years to come.

Nevertheless, under the President’s Emergency Plan for AIDS Relief (PEPFAR), the FDA allows for an expedited review process and can issue tentative approval for generic products. This tentative approval means that, although the product meets all the safety, efficacy and manufacturing quality standards, it cannot be marketed in the US, but it does qualify for consideration for purchase under the PEPFAR. The US Agency for International Development may purchase any product that has either a ‘full’ or ‘tentative’ FDA approval for use in developing countries.

The latest generics manufacturers to benefit from this system are Indian-based Emcure and Macleods Pharmaceuticals, both gaining ‘tentative approval’ for generic HIV treatments.

Emcure Pharmaceuticals was granted tentative approval by the FDA for a generic form of atazanavir sulphate.

Both drugs are indicated for HIV-I infection treatment in adults alone or in combination with other antiretroviral agents.

In the fight against the global epidemic that is HIV/AIDS generics can do their bit and help the poorest nations gain access to life-saving treatments.