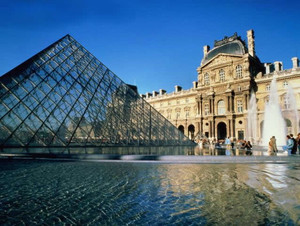 France is one of the leading drug manufacturers in the world and is an important research and development site for major multinationals. There are more than 300 pharmaceutical manufacturers in France, including 12 generics companies, employing around 100,000 people [2, 3]. The market is the third largest in the world with a market share of 5.6% in 2008 [3].

The development of a generic drug market in France has been very slow. The weak response to generics is partly due to the already low prices of brand-name drugs in France compared with other European countries. In the 1990s, France adopted legislation extending the period of patent protection, which delayed the development of generics [4].

Traditionally, generics do not account for a significant proportion of the French pharmaceutical market. However, government policies to reduce the healthcare budget deficit provided new impetus to the generics sector in the last few years. Nevertheless, the government has introduced few incentives to encourage generic prescribing. The main impetus has come from pharmacy substitution, driven by higher margins obtained on generic products and discounting by manufacturers. Generics entering the market must be priced 50% below the original brand price. This makes the French generics market less lucrative than that in, for example, Germany. In summary, companies considering entering the French market need to balance the high biologicals use and high generics market growth against low prices and low acceptance of generics [5].

In comparison with other Western European countries, France is one of the countries spending more on medicines. In 2008, a total of 16.2% of the total healthcare budget was spent on medicines compared to only 9.8% in The Netherlands and 7.7% in the UK [6].

The French generics market is small by international standards. In 2009, only 23.7% of prescriptions in France were dispensed as generics, accounting for 10.9% of the market value [7].  In France, generics represent 38% of the pharmaceutical market in terms of volume and 15% in value, with the French retail generics market valued at US$4.1 billion in 2009 [Mylan, 2010].

In 2007, there were around 1,240 generic medicines with market authorisation in France [3].

Generic medicine prices are relatively low compared to many other European countries [4].

Generics substitution by pharmacists is allowed but not obligatory. Pharmacists are granted a financial incentive in the fact that they receive the same amount of money in remuneration as they would get for the originator product [10]. In 2010, the generics substitution rate by pharmacists nationally averaged 80% [11]. This is considered to be the main driver of generic medicine market development in France [12].

Patient co-payments tend to be covered by private insurance, therefore no incentive exists for patients to demand cheaper (generic) medicines in France [13].

At the moment, parallel imports are not significant in France. The market is quite limited, with fewer than 10 market authorisations in 2007 [3]. Due to its relatively low price levels, France is a primary source for parallel trade to other countries [4].

France has a high number of generics producers present in the market, making the generic segment of the pharmaceuticals market in France appear rather fragmented [14].

18.  ABPI. Did you know? Facts and figures about the pharmaceutical industry in the UK [homepage on the Internet]. UK, ABPI [cited 2012 Jun 10]. Available from: www.abpi.org.uk/our-work/library/industry/Documents/Did%20you%20know_Jan11.pdf