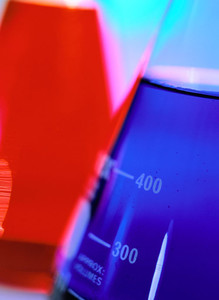 The legal pathway for biosimilars in the US (the Biologics Price Competition and Innovation [BPCI] Act) was signed into law on 23 March 2010 by President Barack Obama. However, the US is still waiting for practical guidance to be issued by FDA.

The BPCI Act is controversial and many believed poorly written, with many parts of the law being unclear and needing extensive judicial interpretation. Many biosimilars manufacturers also believe that the law is too much in favour of originator products, making it both a costly and lengthy process to approve a biosimilar. This has led some to believe that the biosimilars pathway will never be used and that biosimilars manufacturers will instead choose to go down the Teva path and use the normal route via a Biologic License Application (BLA) [3].

There are two key problems with the BPCI Act, see also Table 1:

Although both create risks for biosimilar manufacturers, these risks are insufficient to render the framework unusable as:

Table 1: Main provisions of the BPCI Act and their implications for biosimilars

Some of the main provisions in the BPCI Act may prove to be barriers to biosimilar market entry, others, however, may prove to have a positive effect. The effect of these provisions on biosimilars is discussed below.

The BPCI Act requires that biosimilars demonstrate safety, purity and potency in at least one of the indications of the reference product. This also limits the biosimilar approval to the approved indications, doses and routes of administration of the originator molecule. However, the law allows FDA to waive these requirements.

Exclusivity of the originator biological

This issue may, however, force biosimilars to behave more like brand-name biologicals, with associated marketing costs.

The availability of the full dossier may also enable originator companies to license new blocking drugs, word existing patent applications to include the biosimilar applicant’s process or design future patents in a way that makes it more difficult for biosimilar applicants to bypass them.

Unlike in Europe, the US BPCI Act specifically describes interchangeability of biosimilars. This is the first time interchangeability has been defined in the law, as this is not the case in the Hatch-Waxman Act, which governs the approval of generics.

To obtain interchangeability a biosimilar must:

The first biosimilar to achieve this standard will be rewarded by a 1-year exclusivity period.

Problems with these requirements include:

The problem is that the wording of the BPCI Act is not clear and leaves room for significant interpretation. It has also been accused of being cumbersome, thus raising the costs and risks for biosimilar developers and as a result increasing the costs for US patients. Despite this the general consensus seems now to be that the biosimilars pathway, while flawed, will be used, although some manufacturers may still strategically opt for the BLA route.

How profitable will biosimilars be

US$54 billion worth of biosimilar patents expiring before 2020

Biosimilars: barriers to entry and profitability in the EU and US