Patents on key biological medicines used in rheumatology will expire soon. The European Medicines Agency’s (EMA’s) finalized guidelines on biosimilar monoclonal antibodies (mAbs) came into effect on 1 December 2012. Both of these facts mean that rheumatologists can expect to be exposed to biosimilars of the medicines they routinely use in the near future. 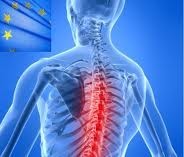 But what can they expect? When it comes to biosimilars there is often much talk of the complexity of the molecules, the chances for microheterogeneity and the fact that they are not identical, but only similar to the reference biological. Small changes in their manufacturing process, such as pH, temperature and culture media ingredients; can affect the final product. This has lead to ‘concerns’ about their use, however, these facts are not exclusive to biosimilars; they apply to originator biologicals as well.

Figure 1: Changes in the manufacturing process for EMA approved biologicals used in rheumatology 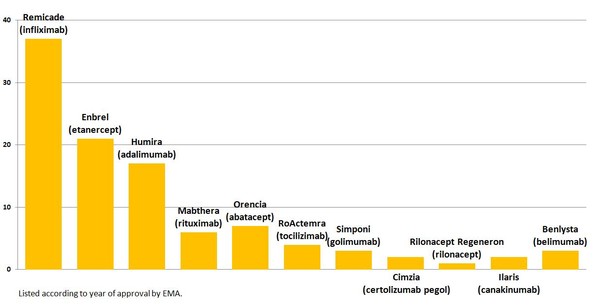 The EMA regulatory review procedure uses dedicated experts in analytical, physicochemical and biological characterization to prepare an assessment report. The Committee for Medicinal Products for Human Use (CHMP) Biologics Working Party (BWP) then adopts a list of questions for the applicant based on review of this report. The median number of questions asked for currently authorized biosimilars was 119, compared with 121 for authorized mAbs/cepts used in rheumatology. This shows that the regulatory review process for biosimilars is as critical as for originator biologicals.

Schneider makes it clear that the same microheterogeneity often mentioned with respect to biosimilars is also found in batch-to-batch variability of reference biologicals.

Scheider argues that biosimilars do not in fact undergo an accelerated or abridged approval, as the time from the start of the regulatory review process to a positive outcome being issued by CHMP was not shorter for the biosimilars authorized to date compared with originator mAbs/cepts used in rheumatology.

Development of biosimilars for rheumatology