German pharma giant Bayer told Reuters on 5 May 2012 it had challenged a decision by the Indian Government, which allows India-based generics firm Natco Pharma to sell a generic version of Bayer’s liver and kidney cancer drug Nexavar (sorafenib) in India, before its patent expires in 2020. 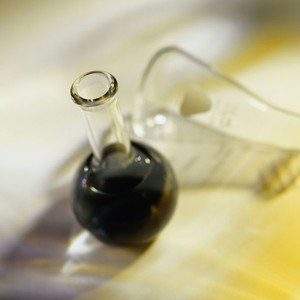 The compulsory licence―the first of its kind in India―was issued by the Indian Patent Office on 12 March 2012, and demands that Natco sells the drug at a price not exceeding Rupees 8,880 for a pack of 120 tablets (one month’s therapy). The conditions of the licence also require Natco to pay a 6% royalty to Bayer until the patent on Nexavar expires in India in 2020 [1].

According to Natco, in India at least 100,000 people suffer from different types of renal cell carcinoma and hepatic cell carcinoma. Further, every year, 30,000 new patients are diagnosed with both these diseases and nearly 24,000 patients die. Bayer charges approximately US$66,812 per patient per year, or over US$5,500 per month in India for this drug, whereas Natco’s generic version costs just US$170 per month.

Natco applied to the Indian Patent Office for a compulsory licence under all three of the above grounds, stating that the exorbitant prices charged by the patentee (Bayer) made the product out of reach of the general public in India and that the company were abusing their monopoly rights by charging exorbitant prices. The Indian Patent Office upheld all three grounds in its decision to grant the compulsory licence to Natco.

It is not just in India that Bayer’s Nexavar monopoly is restricting access to the medicine. In England, Wales, Northern Ireland and Scotland the medicine has been rejected on the grounds that the cost of the medicine does not justify the benefit (benefit: increasing survival in primary liver cancer by six months).

Bayer told Reuters that it had appealed against the ruling, stating that, ‘we will rigorously continue to defend our intellectual property rights, which are a prerequisite for bringing innovative medicines to patients.’

India’s decision on Nexavar may be seen as a precedent that could pave the way for other generics companies and for other treatments, in particular modern HIV/AIDS drugs to also gain compulsory licences in India. If this happens it could be bad news for global pharmaceutical firms such as Abbott, whose HIV drug Kaletra (lopinavir/ritonavir) brought in sales of over US$1.3 billion in 2010 alone, and for which campaigners have been demanding that a generic drug be introduced for some time [2].

Bayer’s total sales of Sorafenib in 2009 were US$934 million, therefore, it is not surprising to hear that the company is also suing another Indian generics manufacturer, Cipla, for patent infringement on Nexavar. Cipla has been selling generic sorafenib in India at just 25% (US$130 a month) of the originator price by simply ignoring the patent on Nexavar.

PhRMA speaks out against compulsory licensing in India