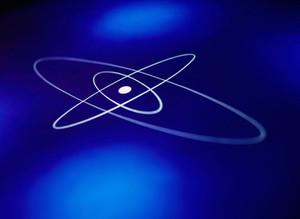 The similar biologic has been approved by the Drug Controller General of India for the treatment of rheumatoid arthritis, juvenile idiopathic arthritis, psoriatic arthritis and ankylosing spondylitis. The drug will be marketed under the brand name Exemptia (adalimumab).

Zydus Cadila claims to be ‘the first company anywhere in the world to launch a biosimilar of adalimumab’. They add that Exemptia is a ‘fingerprint match with the originator in terms of safety, purity and potency of the product’.

AbbVie’s blockbuster arthritis and psoriasis treatment Humira (adalimumab) was first approved globally in 2002 and is the world’s top selling prescription drug. Humira had sales of almost US$10.7 billion in 2013, accounting for almost 60% of AbbVie’s total sales. Patents on Humira expire in the US in December 2016 and in Europe April 2018 [1].

Despite the fact that more than 12 million patients in India suffer from these chronic conditions the therapy has not been available to patients in India. ‘This therapy will offer a new lease of life to millions in India who did not have access to this therapy so far,’ according to Dr Sharvil P Patel, Deputy Managing Director of Zydus Cadila.

Exemptia will be offered at a fifth of Humira’s price in the country (which costs around US$1,000 a vial in the US). Although a price of US$200 a vial would still keep the drug out of reach for most people in India, where more than 70% of the population lives on less than US$2 a day and health insurance is scarce.

Exemptia will be marketed by Zydus Biovation – a new division launched to exclusively market this ‘ground breaking therapy’. Dr Patel expects sales of between Rupees 1 billion (US$16.16 million) and Rupees 2 billion for Exemptia in the Indian market.

The company expects to launch the medicine in the US in 2019 and already has meetings scheduled with Europe and US regulators for 2015.

Zydus Cadila’s pipeline includes 21 similar biologics and three novel biologicals, the company claims to have the ‘largest number of monoclonal antibodies under development in India’.