US-based biotech firm Affymax announced on 24 February 2013 that it is recalling all lots of its red blood cell-stimulating medicine Omontys (peginesatide).  This could have broader implications on how FDA evaluates follow-on non-biological complex drugs (NBCDs). 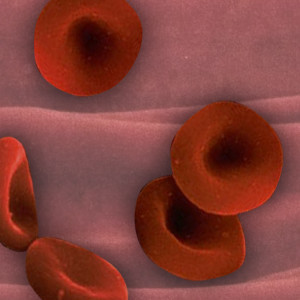 Affymax and its marketing partner, Japan-based Takeda Pharmaceutical, are recalling all lots of the injectable drug after reports of severe allergic reactions and deaths in some kidney disease patients.

Omontys was approved in March 2012 for intravenous and subcutaneous administration for the treatment of anaemia in adult chronic kidney disease patients undergoing dialysis via a New Drug Application (NDA). Its approval was based on non-inferiority trials versus Amgen’s Epogen (epoetin alpha) and Aranesp (darbepoetin alpha). Omontys is a chemically synthesized polymer-modified glycoprotein that acts as an erythropoiesis-stimulating agent (ESA) in the same way as Amgen’s drugs, which hold a near-monopoly in treating anaemia in the kidney disease market.

Perhaps more worrying is the fact that Omontys had triggered serious allergic reactions long before February’s recall. The anaemia drug was linked with life-threatening anaphylaxis in adverse event reports from August 2012, according to FDA records obtained by The Wall Street Journal.

This case highlights the inherent complexity of NBCDs and the relative confusion surrounding them, as NBCDs are more closely resemble biologicals than small molecule drugs.

NBCDs, which include some synthetic proteins and polypeptides, are not characterizable or amenable to therapeutic equivalence testing. Like biologicals, NBCDs consist of different (closely related) structures that cannot be fully quantitated, characterized or described by (physico-)chemical analytical tools. The composition and quality of NBCDs are dependent on the manufacturing process and controls—just as is the case with biologicals. Therefore, approval of ‘follow-on’ NBCDs via Abbreviated New Drug Applications (ANDAs) may not be appropriate.

There could be some subtle, long-term lessons for FDA around issues of immunogenicity, hypersensitivity and similarity principles that translate to how FDA reviews biologicals and biosimilars.

Approval of biosimilar epoetins: how similar are they?

Biosimilar epoetins: how similar are they?