Teva received a major boost in June 2012, after a US court backed the Israeli firm in a patent dispute concerning its multiple sclerosis blockbuster Copaxone (glatiramer acetate). 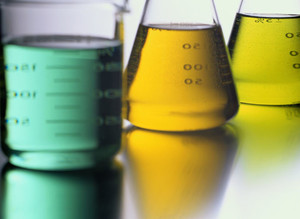 Ruling enforces Teva’s patents
Teva has taken out multiple patents covering the chemical composition of Copaxone, plus methods of using the product and processes for manufacturing.

A court in New York, USA, has found in favour of Teva in the company’s patent infringement lawsuit against Momenta and Sandoz, plus Mylan and Natco. The judge rejected Momenta/Sandoz and Mylan/Natco’s claims that the Copaxone patents are invalid and unenforceable and found that those firms’ generic versions infringe those patents.

After the ruling, Momenta said it intended to appeal as ‘we remain confident in our legal position.’ Chief Executive, Mr Craig Wheeler said, ‘we are disappointed that the court determined that Teva’s patents were valid and infringed, and we look forward to reading the full opinion to understand its reasoning.’

Complicated product, complicated challenge
Whichever way this goes finally, the case will clarify the patent position surrounding a complex biological product. Glatiramer acetate is not a single molecular entity but rather a heterogeneous mixture of polypeptides, forming a random polymer (average molecular mass 6.4 kilodaltons). The four amino acids are found in myelin basic protein. The mechanism of action for glatiramer is unknown, although several have been proposed. Administration of glatiramer shifts the population of T cells from pro-inflammatory Th1 cells to regulatory Th2 cells that suppress the inflammatory response. Given its resemblance to myelin basic protein, glatiramer may also act as a sort of decoy, diverting an autoimmune response against myelin, thought to be the problem causing multiple sclerosis.

Naturally other drug companies would be interested in producing a similar product, given the inherently simple concept of linking up four naturally-occurring amino acids. It is also tempting to probe the patents because the finished product cannot be tightly defined. Perhaps the way forward for the competitor firms would be to make a similar product and register it in its own right, not as a ‘generic’ drug or copy.

For a biosimilar product to be approved by EMA, it has to be supported by a much wider range of data than a simple generic drug. The other main difficulty is getting a reliable and reproducible manufacturing process, but presumably these companies have done that, since they have come up with a ‘generic’ drug challenge. Alternatively, perhaps it would be better to challenge the patents in Europe, rather than the US?

Still not plain sailing for Copaxone
Although Teva was delighted by the judgement and recently unveiled promising phase III data on a longer-acting version, the drug may face a rival soon. There is a potential challenge from a Biogen Idec Inc oral multiple sclerosis drug known as BG‑12. Biogen recently applied to FDA and EMA to approve the drug, which has been shown in clinical trials to be more effective than Copaxone. Sales for the Teva drug may decline rapidly if BG-12 receives regulatory approval.