The regulatory body for approval of medicines in Colombia is INVIMA – Instituto Nacional de Vigilancia de Medicamentos y Alimentos, Colombia’s National Institute of Food and Drug Monitoring. The agency is responsible for the scientific evaluation of medicines developed by pharmaceutical companies for use in Colombia. 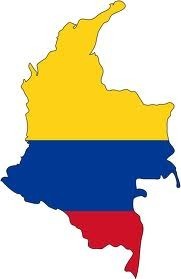 The agency evaluates all medicines for human and animal use, including biologicals (and including productos bioterapéuticos similares - similar biotherapeutic products).

The Colombian Ministry of Health and Social Protection (Ministerio de Salud y Protección Social de Colombia) is the body responsible for producing guidelines in the country. In January 2013, the Ministry released a new draft guideline for biologicals, including similar biotherapeutic products, in Colombia [1]. This guideline was finalized in September 2014, when Decree 1782 was signed by Colombian President, Juan Manuel Santos Calderón. The decree will only come into effect once the Ministry has issued two important guidelines on immunogenicity and stability of biologicals.

The Colombian Ministry of Health and Social Protection has the following guidelines regarding similar biotherapeutic products:

2. Draft Other Guidelines
The Colombian Ministry of Health and Social Protection has the following draft guidelines under public consultation to develop guidelines relevant for similar biotherapeutic products:

However, there have been concerns raised about the Colombian decree by the European Union and the US. They have criticized the decree for the fact that it ‘could put health and safety at risk’, and lacks detail as to which biologicals the abbreviated pathway is intended for and how the pathway will be implemented [3].

Editor’s comment
It should be noted that productos bioterapéuticos similares approved in Colombia might not have been authorized following as strict a regulatory process as is required for approval of biosimilars in the European Union. The EMA (European Medicines Agency) regulatory requirements ensure the same high standards of quality, safety and efficacy for biosimilars as for originator biologicals, and also include a rigorous comparability exercise with the reference product.